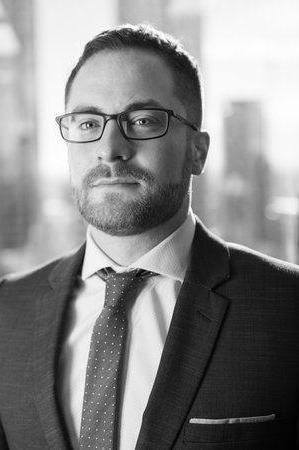 Peter received his Juris Doctor from the University of New Brunswick after completing his first year at Canada’s only exclusively French-Language Common Law school at l’Université de Moncton, where he was elected to the Law Student’s Society. At UNB, Peter was selected to represent the law school at the Kawaskimhon negotiation moot for Aboriginal rights, and was a bilingual clerk at the Laskin Admininstrative law moot. Before a career in law, Peter received a Bachelor of Arts from Dalhousie University, resided in West Africa and East Asia, and worked as a teacher.

Peter serves his clients diligently, with an emphasis on effective dispute resolution while recognizing the human aspect of family and criminal litigation. Peter has appeared before the Provincial Courts of Ontario and Alberta, as well as the Alberta Court of King’s Bench.

Prior to joining Foster LLP, Peter articled in downtown Toronto with Legal Aid Ontario practicing Family and Criminal law after having summered as family duty counsel at the Hamilton, Ontario Unified Family Courthouse. He regularly attends seminars and courses with Legal Education Society of Alberta and related conferences to keep up to date with developments in the law. In his spare time, Peter enjoys playing and coaching rugby, canoeing and scuba diving.